Price of Toyota Aqua cars in Pakistan ranges from 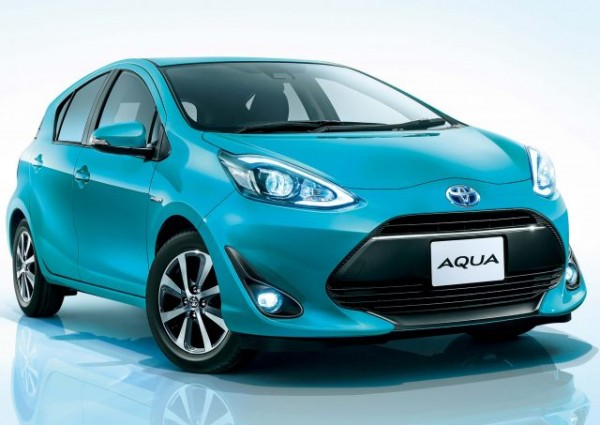 The Toyota Aqua is also famous as Toyota Prius C in some countries. Toyota Aqua is still looking for its true individuality. Toyota’s smallest hybrid went through a minor update last year, which comprised a lower body kit. Though, this year, the Toyota Aqua has a new appearance and now it gives more SUV-ish look.

The changes made to the new Aqua are fairly prominent, which are marked by a new front and a modified hood. Overall, the redesigned Aqua looks much tougher and sportier.

Let’s take a deeper look into the baby Aqua which has come of age.

Although the new Aqua looks much similar to its predecessor, it is significantly bigger in size. It features a much more aggressive design language which allows the vehicle to live up to its SUV-look. The front has received some minor detail changes; for a sportier look, the hood has been reshaped and a large hexagonal grille has been introduced.

The rear of the vehicle is very similar to the older model in terms of design. Some minor changes to be noted include the narrow taillights and bumper, which is slightly more squared now.

According to the official announcements, no major changes were made to the interior of the new Aqua. Having said that, improvements have been made since the vehicle is now considered spacious and more comfortable.

It was claimed earlier that Toyota models from 2018 and onward will have Android Auto connectivity or CarPlay feature, but that didn’t happen in 2018. Toyota is still considering to introduce its own branded infotainment system as a replacement for Android or Carplay.

The Toyota Aqua ’s gasoline-electric powertrain remains unchanged although it got an update in its exterior by introducing a new look. All Aqua models once again are powered by a 1.5-liter four-cylinder engine and two AC motor/generators generating 99 horsepower combined.

The final-drive differential gets its power from the larger motor/generator to provide propulsion and to produce electricity through deceleration. The car also has an ECO mode for even greater efficiency, as well as the ability to travel solely on electric power for about a mile at speeds under 25 mph.

The new Aqua is expected to hit the market this summer. However, its fully redesigned model is not expected to arrive within 2019.

Official pricing for the Toyota Prius C will start at around Rs. 2.1 million, and it will come in 9 different colors: 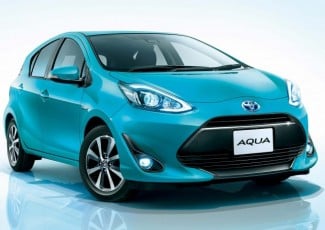