For the safety and overall performance of a vehicle, it is important to install compatible Tyres. If you want to buy a Tyre for your vehicle, you must be the first thing you have to do is to locate the right Tyre size.

There are many things like width and diameter, load index and speed rating etc, which are integral in order to find the correct Tyres.

WHERE TO FIND TYRE SIZE

How to determine the correct Tyre size for your vehicle is not as tough as it seems, in fact, it is very simple. If you already know your Tyre size, then it is easy to choose right Tyre but if you don’t know then, all the information you need is available either in the “Owner’s Manual” of your vehicle or within the vehicle itself.

In case, you can’t locate the manual; you can easily check Tyre fitting guide in these locations:

HOW TO READ TYRE SIZE

On the sidewall of the Tyres, Tyre size data is available. Let’s take a look what all those numbers and letters mean.

As shown in the above image, One by one, in the order, Tyre data appears in your Tyre. The above image will be used as an example to discuss in detail to facilitate you about Tyre data.

Tyre width is the width which is always referred to the measurement from one sidewall to other sidewall. The very first number which appears in your Tyre size information is the width. Thus, a Tyre with the measurement of “195” is width of 195 millimeters.

Construction comes after the aspect ratio; Construction indicates you how the layers of the Tyre were put together, there are two types of constructions that you may see on the sidewall of a Tyre:

The R in 195 / 55 R 16 87V identifies that the Tyre has a Radial construction in which the Tyre’s body plies “radiate” out from the imaginary center of the wheel. Radial Tyres have become the most popular type of Tyre today representing over 98% of all Tyres sold.

On the other hand, if the R in the size is replaced with a D (195 / 55 D 16 87V), it identifies that the internal Tyre body plies crisscross on a Diagonal and that the Tyre has a “bias ply” construction. Tyres using this construction are used for light truck and spare Tyre applications.

If the R in the size is replaced with a B (195 / 55 R 16 87V), it would identify that the Tyre body plies not only crisscross the Tyre on a diagonal as before, but that they are reinforced with belts under the tread area. This type of Tyre construction is called “Belted.” practically extinction has occurred on these Tyres.

The next figure in the sequence is your Tyre’s load index, Load index is an assigned number that corresponds with the load-carrying capacity of a Tyre. In other words, how much weight, the Tyre can support when fully inflated. It is vital that you check with your manufacturer how much load should be put on your Tyre.

The final figure in a Tyre size sequence is the speed rating. The speed symbol is made up of a single letter or an A with one number. It indicates the maximum speed at which the Tyre can carry a load corresponding to its Load Index.

Below is a list of speed ratings along with the corresponding speeds they represent. Important to remember that speed ratings apply only to the Tyre itself, and not to a particular vehicle.

If a listed speed rating contains two letters (such as VR), the first letter represents the speed rating and the second letter (R) indicates that it is a radial Tyre 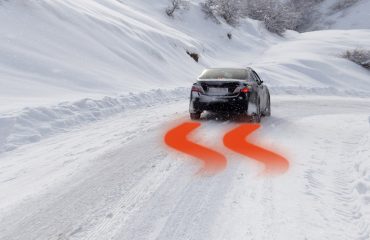