Slow down your car before you hit the 3D Zebra Crosswalk 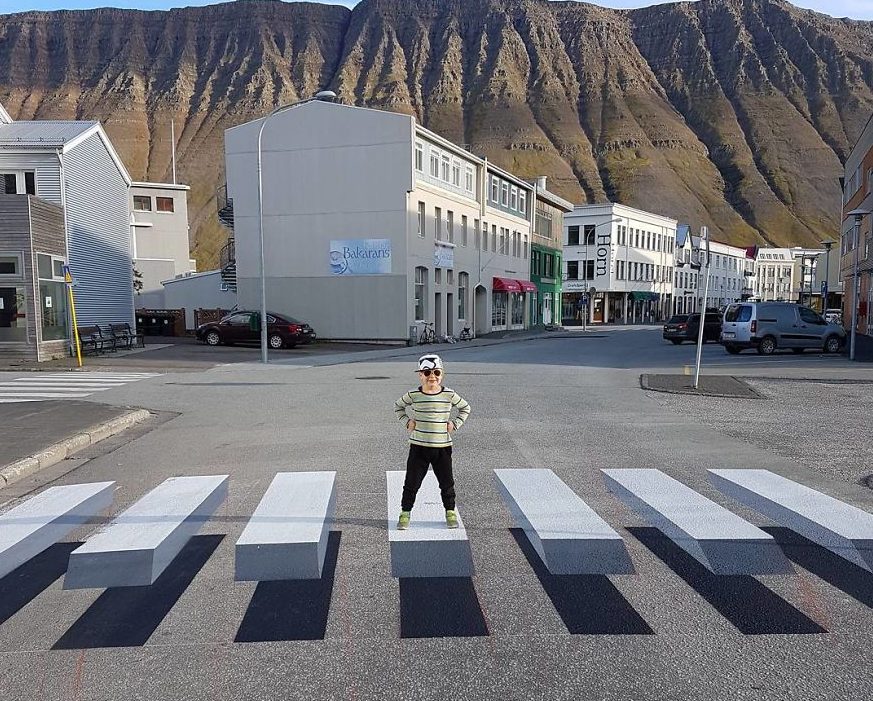 Slow down your car before you hit the 3D Zebra Crosswalk

Recent hike of traffic fines in Lahore caused some panic and reaction in public. It’s not easy to change our behaviors especially when we are used to doing certain things which are even socially acceptable. In such situations, authorities sometimes have to take very severe actions for the safety of the public itself.

A similar yet an exciting development in road safety has just appeared in the small fishing town of Isafjorour, Iceland. Traffic authority of town has painted a new pedestrian crossing that appears to be 3D using cleverly designed optical illusion. Seemingly floating zebra stripes get the attention of drivers causing them to slow down their speed as they spot this crosswalk. The innovative design of this crosswalk also gives foot-travelers the feeling of walking on air. 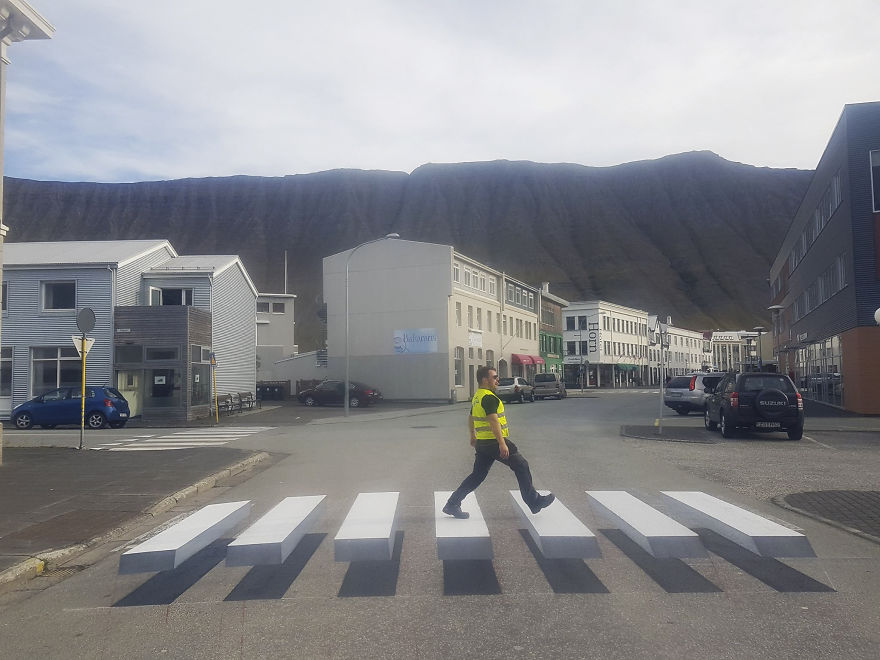 Icelandic traffic department is inspired by a similar project that has been carried out in New Delhi, India, 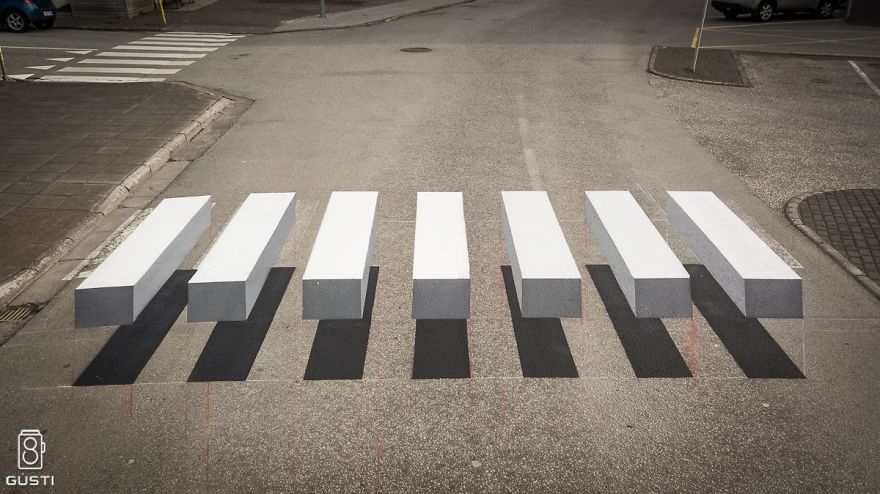